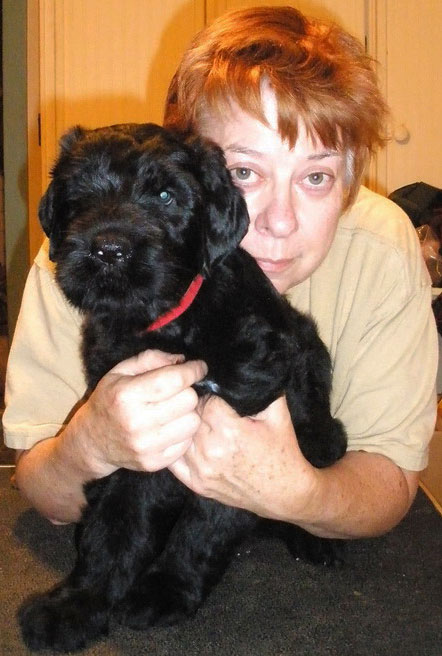 Owner of Queens Over Black Russians – Edea Caldwell has been showing, training and breeding dogs since 1972. In the early years her primary breed was Doberman Pinschers. With this breed she showed in conformation and obedience, and also trained her dogs for Schutzhund work. Her bitch, Ch. Queens Over Skerry Sky UD, ROM was one of the first dogs to earn the coveted register of merit from the Doberman Pinscher Club of America.

Ms. Caldwell has also shown and trained Newfoundlands, Schipperkes and Pembroke Welsh Corgis in both conformation and obedience.

Since getting her first Black Russian Terrier, she has been active in conformation, rally and obedience. She has also dabbled in herding and carting with her dogs. All of the dogs at Queens Over have demonstrated their excellent conformation by winning in the breed ring as well as their great working ability through rally, obedience, temperament tests and other activities.

We feel that Black Russians were bred to be a working breed and these attributes must be preserved.

She has not only trained and shown her own dogs, but has taught both obedience and Schutzhund classes through the clubs in which she was a member.